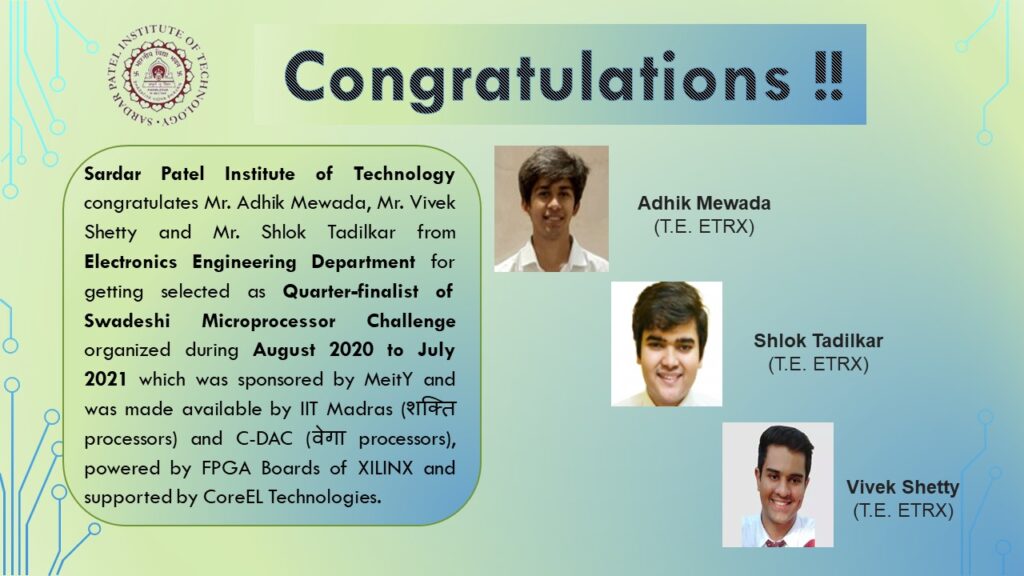 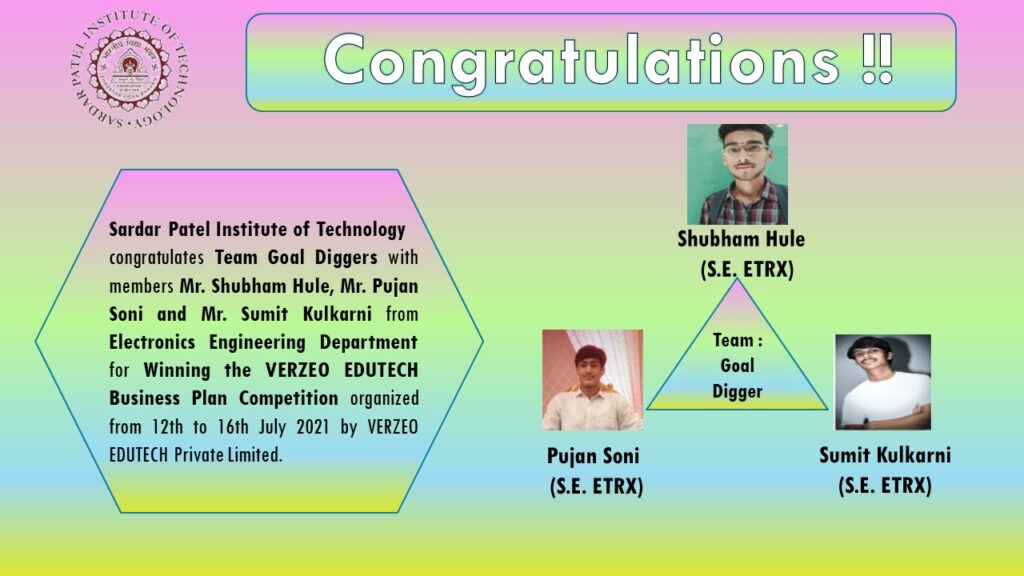 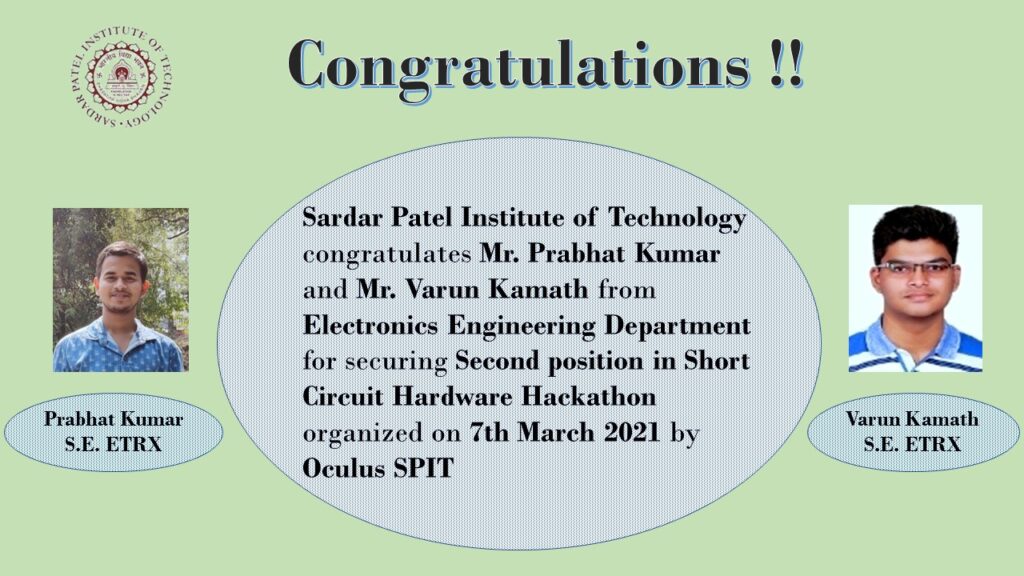 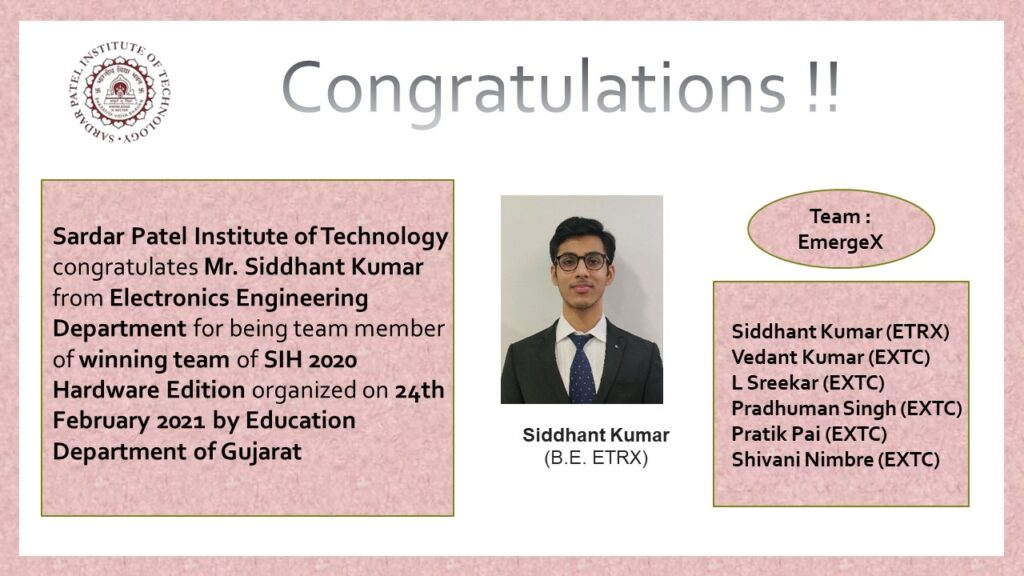 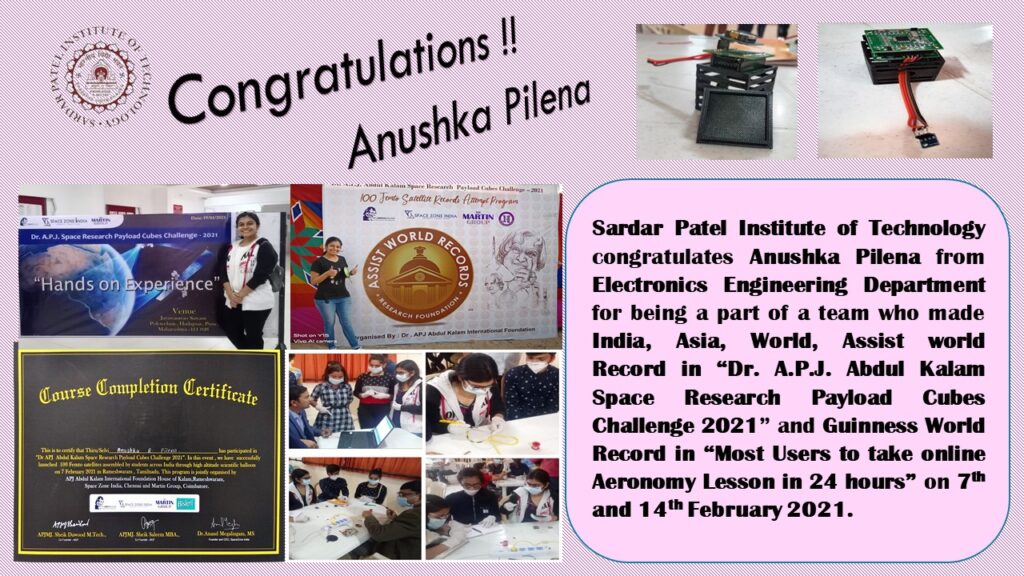 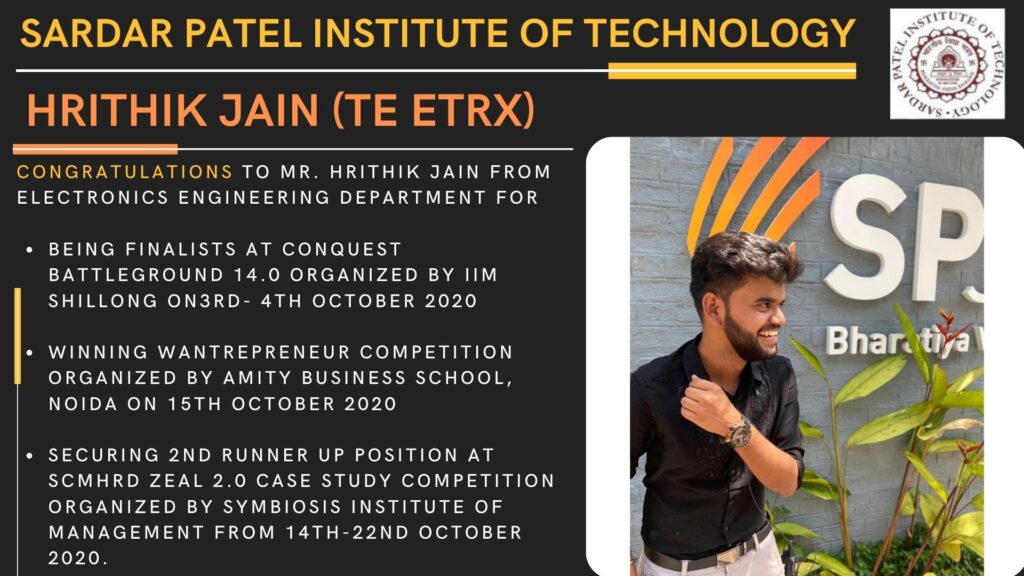 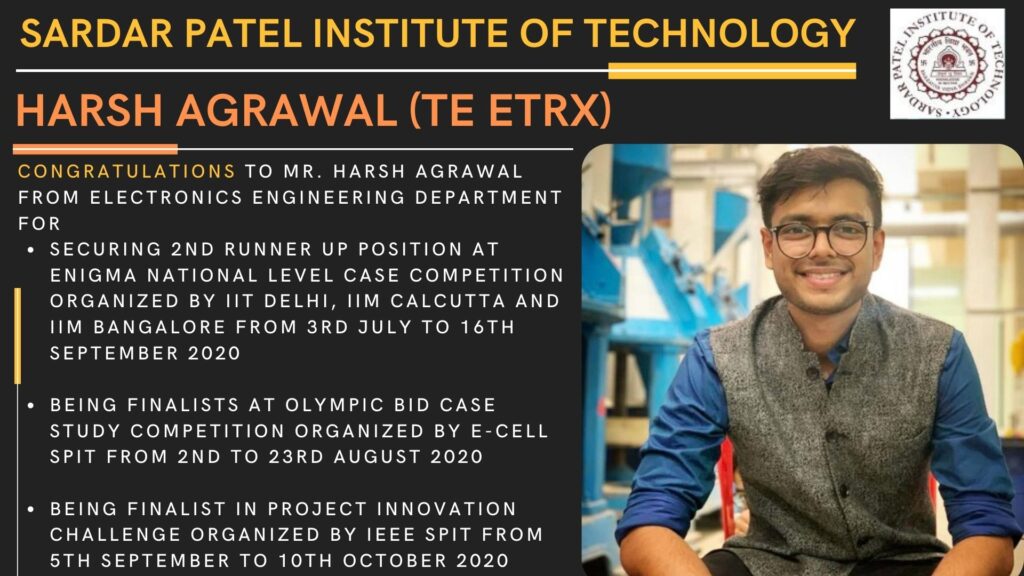 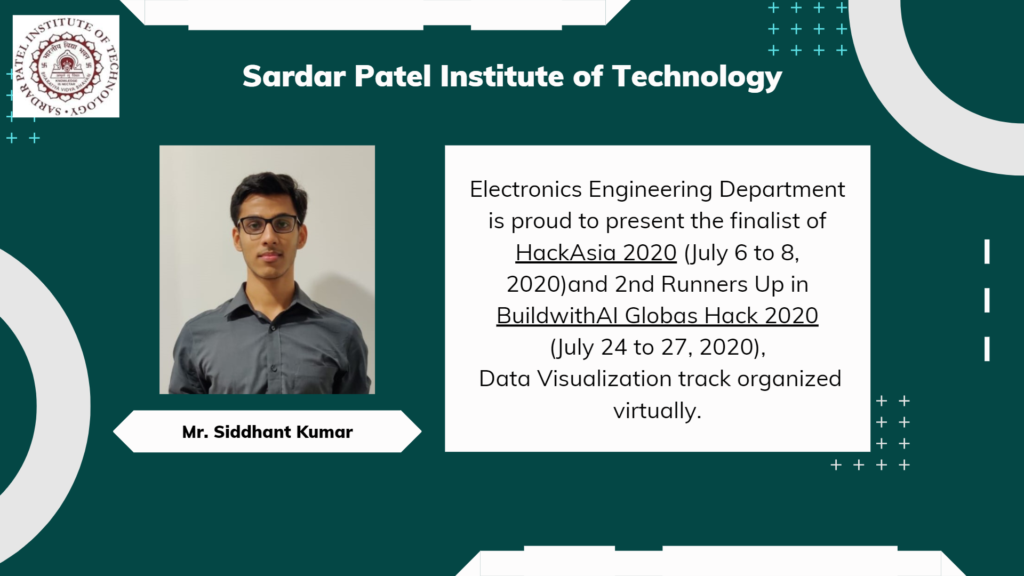 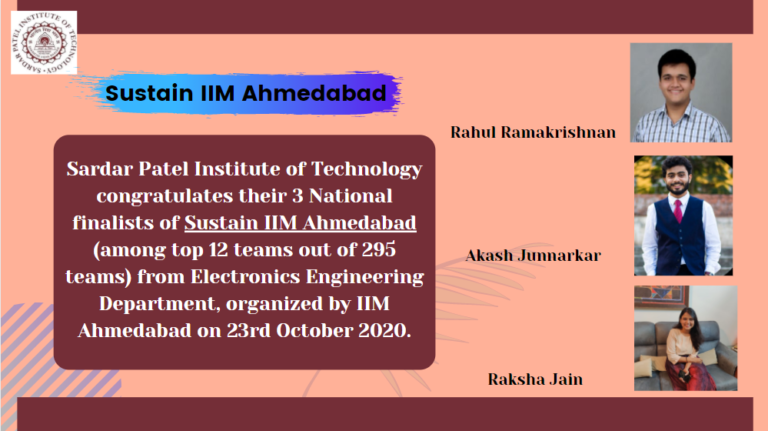 In 2017, Microdevice Technologies began working in collaboration with Sardar Patel Institute of Technology (SPIT) to deliver courses on ‘Time Triggered’ (TT) embedded systems in Mumbai as part of the SafeTTy Certified programme.

The latest cohort of students completed their ‘Level 1’ examinations on this programme recently. 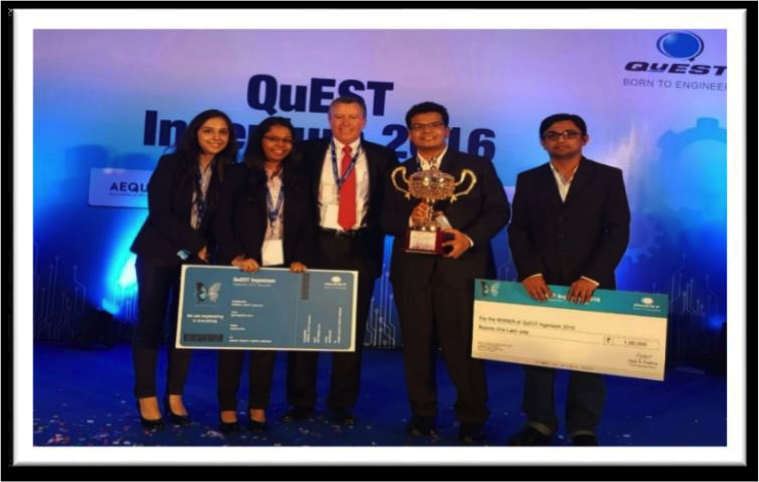 The students of Electronics Department, S.P.I.T., bagged the ‘National Best Project Award’ at QuEST Ingenium 2016, Bengaluru. QuEST Ingenium, now in its sixth edition, is a national-level engineering innovation competition for graduating engineering students. The event was organised by QuEST Global and co-sponsored by Airbus, Qatar Airways, Aequs, and ANSYS. The team members Kritika Sabharwal, Shashank Rane and Kanchi Poddar, under the guidance of Prof. Payal Shah and co-guide Prof. Shailesh Rokade, Electronics Department, had made a project on ‘Low-Cost Bionic Arm for Amputees’. After undergoing and successfully clearing the elimination rounds in the form of submissions of project abstract, report and final project demonstration video, this team was one among the 10 shortlisted teams. These teams were shortlisted from the 8000 teams from 900 colleges.

The shortlisted teams were required to present their projects before a jury comprising senior engineering managers from General Electric, Honeywell, Rolls Royce, and QuEST itself and included delivering a presentation and demonstration of the project, followed by a round of Q&A. The event was further highlighted by the dignitaries, Mr. John O Leary, Vice President Airbus Americas Engineering, Mr. Anand Madanagopal, Founder and CEO Cardiac Design Labs, and Mr. John Zacharic, Engineering Director Honeywell. Their project aimed at making a low cost prosthetic arm with the same functionalities available is the market. Their Bionic arm costed $180 (₹ 12,000) against market price of $11,000 to $75,000. They employed new cutting edge technologies such as 3D printing to significantly reduce the cost. The arm is a tribute to the fearless Indian army soldiers who in an effort to protect us, lose a lot more themselves; to the Paralympic winner Devesh Jhanjharia a left hand amputee who made India proud by winning two gold medals; and lastly to the lifeline of the nation i.e. the people with low income, whose needs are many but the means to fulfil them are very few. As quoted by the team members, ‘We kept in our minds all the problems that a product like this would face if launched in a rural market and made design choices to overcome the same.

Samiksha Gupta and one IITB team member selected as Global Finalist (1 of top 12 teams out of 16466 teams from across 180 countries) in GGTC (Go Green in the City ) 2016 Global Business Case Challenge. She went to Paris, France as Global Finalist.

Samiksha Gupta was selected as one of 300 delegates from 40 countries after rigorous process to participate in the Harvard Project for Asian & International Relations. She presented her model in Entrepreneurship and Technology Track at Harvard University. Mr. Karan Shah received corporate sponsored award for the outgoing student with the highest CGPI at S.P.I.T. The award was sponsored by Citius Tech Inc. (Rs. 25,000/-) 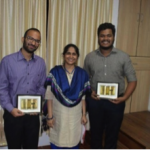